View the online slideshow of the ‘Images Against Homophobia’ exhibiton!           Click Here! 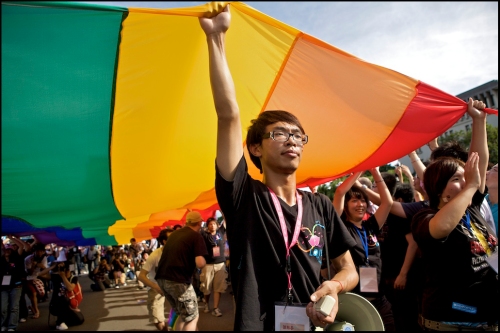 Posted on April 21, 2011 | 1 comment
Images Against Homophobia by Charles Meacham and Sarah Baxter | Make Your Own Book 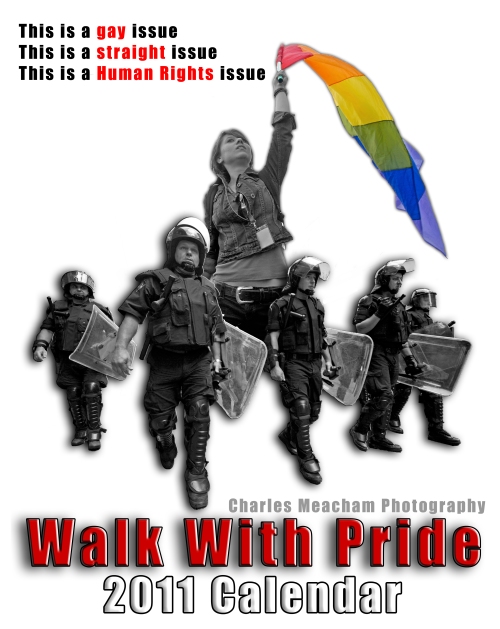 If you are going to buy just one calendar this year, make it the  Walk With Pride 2011-2012 calendar. This is a 15 month calendar that includes important LGBT dates, LGBT organization links, and the story behind each photo.

All profits go towards continuing the WWP’s work to document LGBT Rights around the world.

PDF Digital Calendar – Complete the below form and click ‘Pay Now’, and we will email the calendar in 1-2 business days.

Price = $5
Please make sure to include the email where we should send the calendar!

Thousands marched in the Holy Land on Thursday as part of the Jerusalem LGBT equality march.

There were no floats and no DJs, as this year’s Jerusalem March was being held in remembrance for the 2 people tragically killed at last year’s LGBT youth center shooting in Tel Aviv.  An estimated 1,500 police were in attendance, more as a preventative measure, as protests were minor.

Participants marched from Independence Park to the Parliament building, where a rally was held asking the government to promote equality and help end the violence toward Israel’s LGBT community.

See Images of Jerusalem Pride and of the Jerusalem Open House for Pride and Tolerance at: 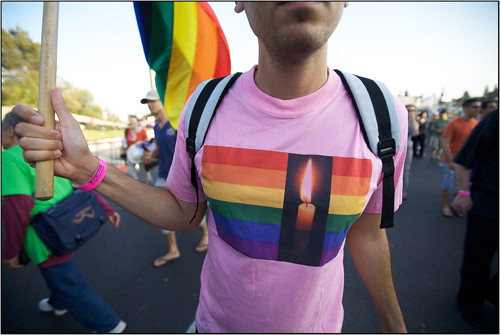 London is Full of Pride!

It was clear from the beginning that London Pride would be a different experience than most of the Prides we’ve documented so far in the ‘Walk with Pride’ Project.  Thousands of people are expected to participate in the Pride, with several hundred of thousands more coming to watch.

We arrived 3 hours early and the preparations were already in full swing.  Buses lined Baker Street, and the work of ‘glamming’ them had started.  People walked around in crazy outfits, free to wear how much or how little they’d like.  While London Pride does have a big festive party atmosphere feel, there is another side that concerns rights and social issues.  There were many organizations present supporting different social projects, and groups raising awareness concerning the troubles face by LGBT communities in Africa and the Middle East.  Chad’s photos fro this Pride try to show this contrast, as he switches between portraits of those in costume, and those promoting social issues.  It’s something a little different, but we hope you Enjoy …! 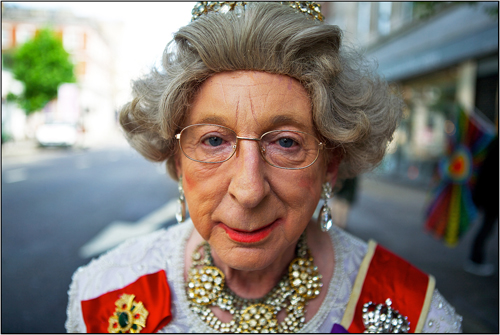 A gallery for Sofia Pride is now online.

This was the country’s third Pride … 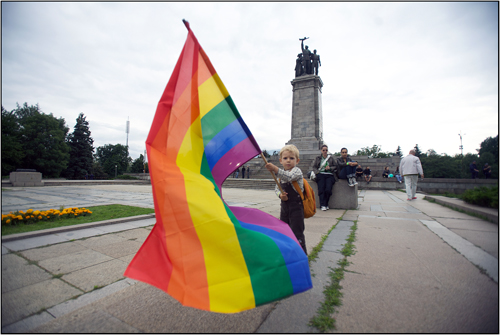 Getting Ready for Sofia Pride

Here are some pictures from the week leading up to Sofia Pride. 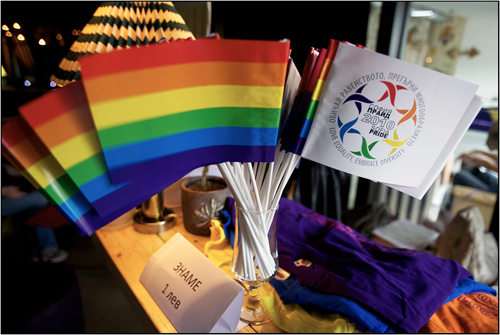 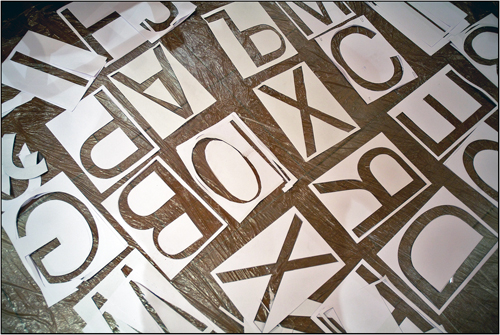 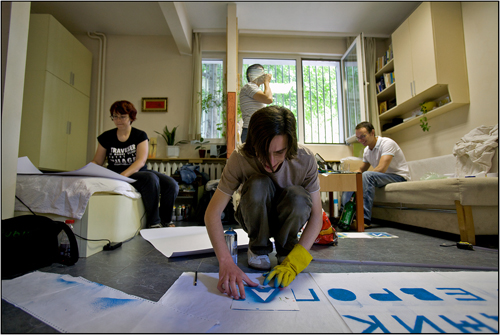 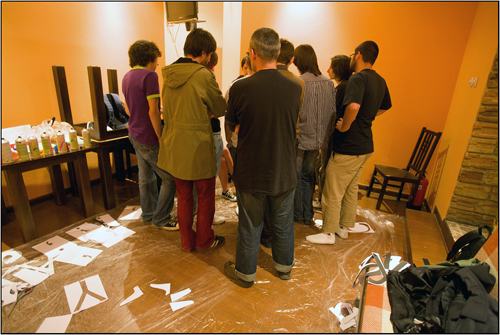 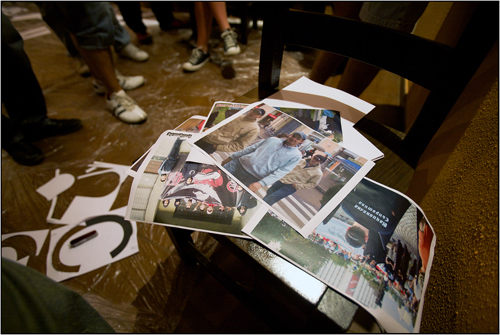 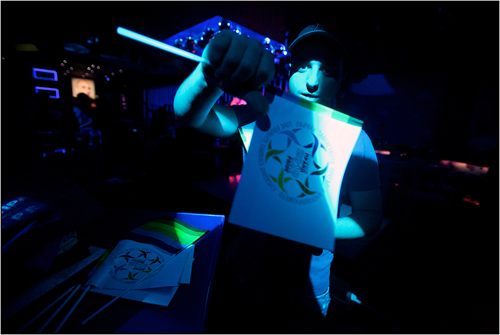 The Pride march will be tomorrow!

In just a few days Sofia will have its 3rd Pride march, which means both supporters and protesters of the Pride are getting ready.  There has been a flurry of letter writing on both sides, which has been appearing in the local and international media.  From those opposed, a joint declaration was issued by 25 Bulgarian organizations condemning the Pride, while letters of support and solidarity concerning Sofia Pride have arrived from several foreign Ambassadors and international LGBT groups.

This morning we joined Marko and another LGBT activist at the National Bulgarian radio station as one of the radio programs was going to focus on the upcoming Pride.  A representative from a local family-values group (who looked to be in his early 20s) also arrived at the show to provide the opposing viewpoint. 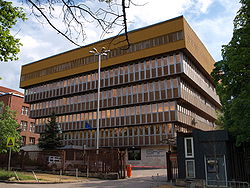 This young man, who claimed not to be a homophobe, but instead a “concerned citizen”, came prepared with many “facts” concerning homosexuality, including that those in the LGBT community live 20 years less, 70% have AIDS, and that legalizing prostitution is core on the gay agenda.  He therefore concluded that their choice to be gay was illogical (!) Again, what is admirable about Marko and his friend, as well as many of the activists we’ve met during this trip, instead of getting angry at this idiocy they instead tried to talk reasonably with him.  It didn’t work as it concerned him, but they did present a reasonable counter-argument for the radio program.

When the organizers for the Pride are not being kept busy doing awareness and promotion within the community, they still have a mass of other activities to do to get ready for the Pride.  While we left Marko after the radio show, we met up with more members of the Sofia organizing committee that afternoon as they prepared signs and had a security briefing. 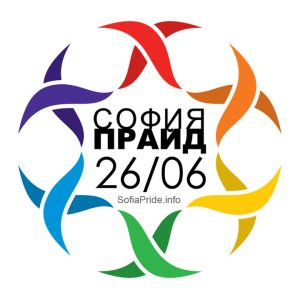 Sitting around a laptop, the group of 12-15 volunteers watched footage of the 2008 Pride where Molotov cocktails had been thrown.  Photos of some of the main aggressors against the Pride were passed around, and strategies discussed on how to deal with the opposition.  To add insult to injury, not only do they have to deal with these hateful individuals that wish them harm, but they have to personally pay the city police to protect them from these guys.  This is a serious problem as the cost for the needed police protection (caused by the aggressive protestors) runs in the thousands of Euros!  Not easy for a small Pride.  Already they have been forced to cut the length of the march and afterwards gathering by half, down from 4 hours to only 2 hours, because of the cost for police.

While only days before the main pride event, the group is still raising money to cover some of the necessities.  (see here for more details)

On Sunday night we left Zagreb by train headed first to Belgrade, Serbia, and then by connecting train to Sofia, Bulgaria.  Going by train was a change of pace from all the flying we’ve been doing recently, but fifteen hours on a train seemed rather grueling by the end.  Anyway, now we’re in Sofia to document the project’s 11th Pride.  Like most place in Eastern Europe it is not very easy to hold a Pride event here, which makes getting to know the people who do organize these events all the more interesting.

We didn’t have much time to settle into Sofia as about an hour after the train arrived we were due to attend a press briefing to officially start the week of Sofia Pride.  One of the organizers of this year’s pride is Marko, who we’d had a chance to meet during Athens Pride (and the regional solidarity conference held beforehand).  In addition to the press briefing, Marko informed us that they were also opening a photo exhibit that night showing images from past Sofia Prides.

The history of Sofia Pride is still relatively young.  The first Pride took place in 2008 with about 150 participants, but also with strong opposition from local far-right wing groups.  During the event Molotov cocktails were thrown, and 88 protestors were arrested.  The second Pride, 2009, faired better with 300 pro-LGBT participants, support of dozen of foreign embassies, and no violence.  This year will be the third Pride March, and it has the theme of “Love equality, embrace diversity”

Here’s some a video/pics of the past marches:

As you’ll notice in 2009 Pride participants were given hard hats to wear! 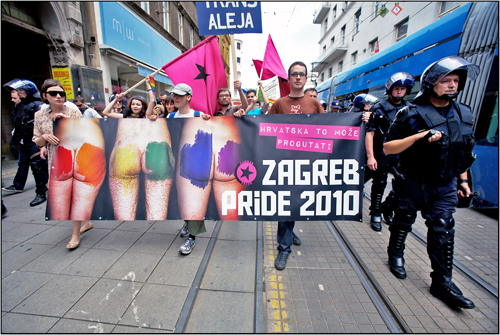 AND keep following as this week the WWP project documents Sofia Pride in Bulgaria.

The 'Walk With Pride' Project
Blog at WordPress.com.